Following are some initial thoughts on the unexpected results of yesterday’s election:

• Trump was not the market’s choice but that doesn’t mean that a Trump administration will be bad for the economy or markets.
• It may take some time for markets to assess the consequences of a Trump presidency. The fact that markets were up significantly today is a bit surprising but encouraging. It’s also far from the final word.
• By far the biggest risk is that Trump pursues an aggressive trade policy. For example, he has the authority to unilaterally terminate NAFTA, something which would roil markets and likely lead to a trade war and a global recession.
• In addition to looking for a signal that he will proceed cautiously on trade, markets will pay very close attention to Trump’s choice for Treasury Secretary. Choosing someone who is widely respected on Wall Street would go a long way toward calming any fears that may develop.
• Markets will take an interest in the rest of Trump’s economic agenda, some of which could be very constructive (infrastructure spending and corporate tax reform, for example). But the risks and opportunities outside of trade are relatively modest.
• There will, of course, be significant consequences of Trump’s election outside of economic policy–foreign policy and the composition of the Supreme Court come immediately to mind. While it’s possible that Trump’s actions in these areas could affect markets, chances are they won’t have a large impact.
• In general, for investors the good news or bad news, depending on your views on Trump, is that presidential administrations typically have less of an effect on the economy and markets than we’re inclined to think. See the chart below for some long term perspective. 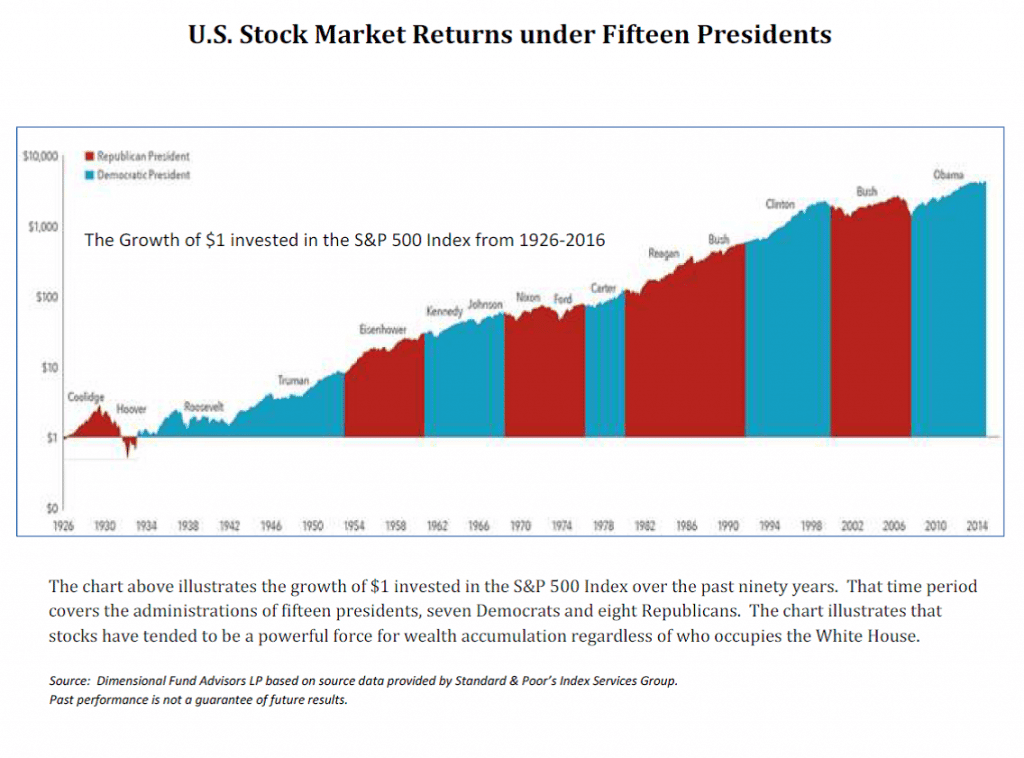